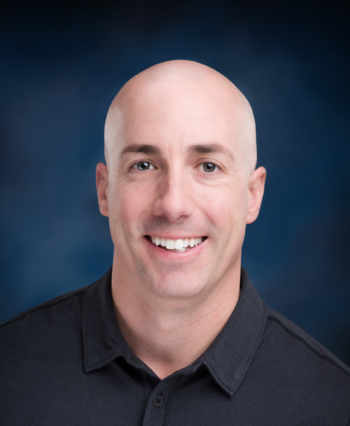 WICHITA, KANSAS – The administrative committee of the board of directors of the Greater Wichita Area Sports Commission (GWASC) is pleased to announce Kevin Jenks as the organization’s president and chief executive officer. Jenks brings to the position a wealth of knowledge and experience in the sports industry.

Since January 2020, Jenks has served as the director of community partnerships for the GWASC when the organization merged with the NBC Baseball Foundation. Prior to the merge, he was the general manager/tournament director for the foundation since 2014.

“I’m humbled and honored for this wonderful opportunity with the Greater Wichita Area Sports Commission,” said Jenks. “Over the last 25 years, the sports commission has served our community in a variety of ways, while cultivating strong relationships. We’re building a dynamic staff. One that greatly cares about our core events and is hungry for more opportunities.”

Jenks graduated from Garden Plain High School and Fort Hays State University. He spent 12 years working in television broadcasting as a sports photographer, reporter, and anchor. He spent another five years in corporate recruiting, sales, marketing, and business development before joining the Wichita Wingnuts organization for two seasons in 2013.

“We greatly appreciate Kevin’s service to the GWASC and look forward to continued success in 2022 and beyond,” stated Jeff Weiford, chairman of the board.

Scott Vang has been hired as the director of events. In this role, he will oversee the facilitation of the annual events, coordination of volunteers and manage the internship program. Vang spent 27 years in public education as a teacher, coach, and athletic director. He has taught English at Wichita Northwest, Wichita South, Wichita East, and Goddard, coaching football at all those schools and was the Head Football Coach at Wichita East and Goddard. He then spent four years at El Dorado Public Schools as the District Athletic Director. Vang is a graduate of Wichita Northwest, the University of Iowa, Newman University, Wichita State and Baker University and holds master’s degrees in Sports Management from WSU and School Leadership from Baker University. He is married to Kari Jo and has 3 sons: Jake, Luke, and AJ.

Brian Turner has been hired as director of community partnerships. He will be responsible for generating revenue by selling meaningful corporate partnerships.  He spent 13 years in professional baseball in Wichita, having served in numerous roles with the Wichita Wingnuts franchise over 10 years, and as the director of sales for the Wind Surge since their inception, The Emporia, Kansas native is no stranger to the NBC World Series as he has held positions with the tournament during his time with the Wingnuts.

“I am extremely excited to be joining the Greater Wichita Area Sports Commission and rejoining the NBC World Series. Both have a long history in the Wichita Community, and I look forward to getting back to my roots of building events and entertainment for the City of Wichita.”