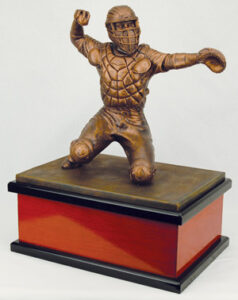 The Greater Wichita Area Sports Commission released the official watch list for the 2021 Buster Posey National Collegiate Catcher of the Year Award.  Sixty-nine catchers were nominated for the award by their schools. Because the award is given annually to the top division one collegiate catcher, the list will be updated to include other candidates until May 5, 2021.

Because the Buster Posey Award strives to honor the top collegiate catcher in a season, a 2020 recipient was not named due to the COVID-19 pandemic and the cancellation of the collegiate baseball season.